The concept of soft power is new to South Asia. Two major countries, India and Pakistan, are struggling to improve their image globally. Both countries have enough sources to manifest soft power, however, culture, political values, and foreign policies are the parameters this research uses to analyse the relevance of soft power in South Asia. It is argued that due to difficult post-independence internal security issues, political instability, socio-economic conditions, Afghan jihad and War on Terror, it is hard for Pakistan to pay attention to its soft image. Comparatively, India has had more success in improving its image globally. Though both India and Pakistan are trying to improve their image globally using soft power tools, both lack a well-defined policy on how it can best be utilised. 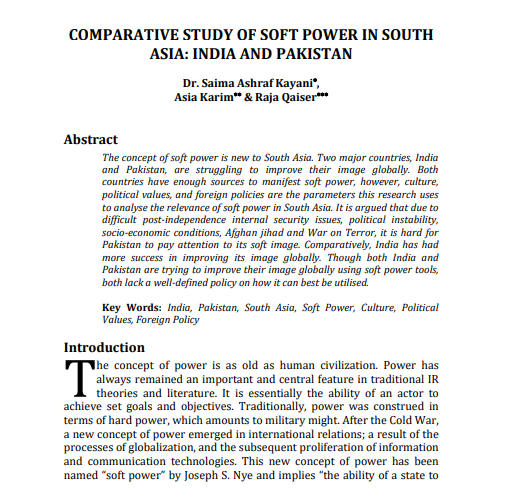